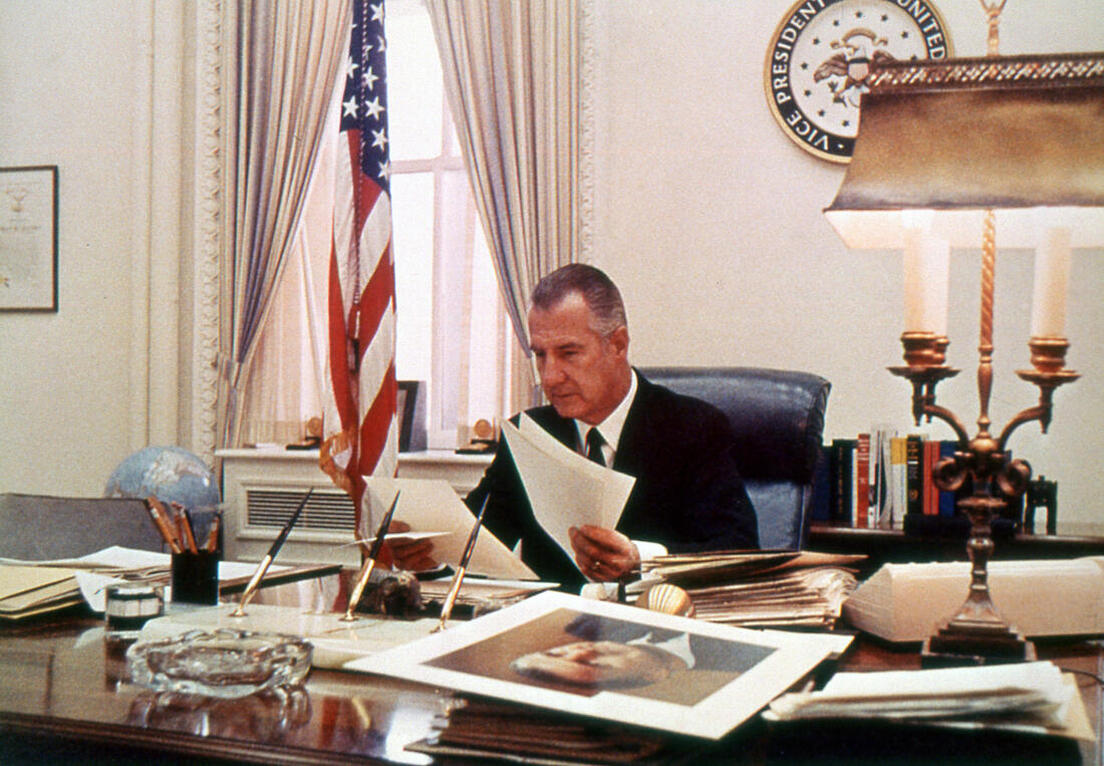 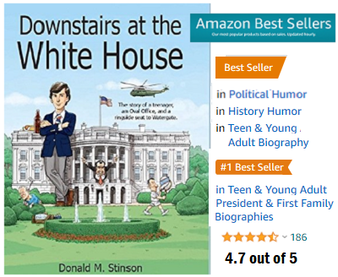 ​EXCERPT CONTINUED FROM FACEBOOK POST: "… said that the House should immediately grant Agnew’s request. Democratic Majority Leader Tip O’Neill was strongly against it and in favor of letting the courts address the matter. A dark rumor floated around that the Democrats wanted Agnew to remain in office under a cloud of suspicion, preventing Nixon from replacing him with a potential GOP presidential candidate who could pose a problem in 1976."

EXCERPT: "In a meeting at the Capitol with Speaker Carl Albert and other House leaders that had been arranged only a few hours earlier, Agnew personally requested that the House of Representatives investigate the charges against him. Moreover, he handed Albert a letter to that effect that raised a 150- year- old precedent for the House to involve itself in the matter. It stemmed from a case that appeared to be nearly identical to the problem Agnew was facing.

​In 1826, Vice President John C. Calhoun asked the House to investigate claims that he had received payoffs from a contractor while Secretary of War during the Monroe Administration. Calhoun's line of reasoning was simple: since the House was the only body that could impeach a Vice President for committing "high crimes and misdemeanors" it was the only body that could investigate charges of "high crimes and misdemeanors" made against him. The House leadership agreed, appointed a special committee  and eventually cleared Calhoun.  Vice President Agnew wanted the House to handle his situation the same way and for the same reasons ..."


EXCERPT: "The following Friday, October 5, 1973, the Justice Department responded to the motion filed by Agnew’s lawyers to stop the grand jury proceedings. They took the position that only a sitting President could not be indicted. They also said that they would continue to present evidence to the grand jury because the statute of limitations on some of the alleged crimes would run out on October 26.  At that point, the Vice President and others could no longer be prosecuted.

​The judge was to hear oral arguments on the constitutional issue on October 12.

In the meantime, the judge authorized the Vice President’s lawyers to serve subpoenas on the Attorney General and reporters from the Post, the Star-News, Time, Newsweek, CBS News, The New York Times, and the New York Daily News to force them to reveal the sources of the leaks. Not surprisingly, the news organizations and the Justice Department immediately tried to quash the subpoenas.

Like many people, I’d occasionally experienced flashes of déjà vu and spooky moments. During the early morning hours of October 10, one of these came wrapped in a strange dream. I was in a big room standing next to a friend who was one of the secretaries. I turned my head to look at her. Her mouth was open as if she was in shock.

Then I woke up.

I’d switched my hours at the office for that Wednesday to attend a special lecture that morning. It ended up being cancelled. Instead of hanging around campus, I caught the bus and went to work. I got there just in time for my daily coffee and doughnut gala.

Around eleven o’clock, we received a memo instructing us to assemble in the Vice President’s Conference Room at two that afternoon. The news went off like a shot. For reasons that still mystify me, several of us were convinced that the Vice President was going to tell us that the investigation was over, that he’d been vindicated, and that all was right with the world.

The Vice President’s Conference Room was spacious and dignified. The massive conference table and chairs surrounding it were made of dark wood. Because all the seats were taken by the time we arrived, I stood with several other people along the left wall. Among the decorations on the opposite wall was a model of the Saturn V, the rocket that took American astronauts to the moon, and a very large, framed picture with the words “The Vice Presidents of the United States” across the top and the portraits of every Vice President since John Adams below it.

We waited. Then we waited some more. The friend who was in my dream came in the room and stood next to me on my right. There was as much excitement blowing in the air as there was anxiety.

Then, in one big burst there was a flash of Army green. General Mike Dunn, the Vice President’s military aide, briskly walked into the room. He threw some papers down at the head of the conference table.

“Our leader has just resigned his high office,” he said.

I looked at my friend. Her mouth was open. She, like everyone else in the room, was in shock.

“The Vice President should have told us himself,” he said.

General Dunn told us that the Vice President was in a courtroom in Baltimore pleading no contest to a single charge of tax evasion in 1967. Dunn added that the White House would see to it that we’d get comparable jobs elsewhere in the government.

Everything had a weird buzzing to it, sort of like the way things feel in the aftermath of an auto accident. Somebody asked if we were supposed to answer the phones “Office of the Vice President” anymore. There were tears. Several people were angry. Some simply shrugged and walked away. A few others just stared.

The meeting lasted about three minutes.

When we got back upstairs, fear started to spill out. Although we’d been told that the White House would find us new jobs, no one knew what they would be or how long they would last. I was fine. I had enough money saved to make it for a while. My heart went out to my friends, particularly those with families to support. Not surprisingly, no one got any work done the rest of the afternoon. In fact, there was a question of what our work was anymore.

​At around five o'clock, Jim asked if I'd help him deliver bundles of press releases about the resignation to the major newspapers, wire services, and television networks. We loaded up one of the White House cars and made our first stop at the National Press Club at 14th and F Street. I hopped out, grabbed one of the bundles, and walked into the lobby. I told the guard, an old guy with an enormous gut, that I was from the Vice President's office and politely explained what I was delivering.

He laughed and said something nasty about Vice President Agnew. Then he suggested that maybe I was a "crook" too.

I told him that whatever I was, I at least didn't look like a pork roast with shoes..."
​

From Downstairs at the White House (The Story of a Teenager, an Oval Office, and a Ringside Seat to Watergate)
​Copyright 2017-2021 by Eastern Harbor Press LLC. All Rights Reserved.

Available in paperback, eBook and audiobook from Amazon  www.amazon.com/Downstairs-White-House-teenager-Watergate-ebook/dp/B076Y3JXY6